Timothy McGrew is Professor and Chairman of the Department of Philosophy at Western Michigan University. 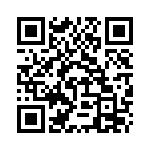