The history and adventures of an atom

This second volume in the Smollett series (see LJ 9/1/88 for review of volume 1) is the first reprint of this title since 1926. Along with the complete text are historical annotations, a key to personages and places, and a lengthy introduction by editor Day.-- MR Leer comentario completo

Novelist, playwright, journalist, historian, travel writer, critic, translator, editor, and compiler, Tobias Smollett (1721-1771) was an eighteenth-century man of letters in the fullest sense of the phrase. Though his writings have been variously gathered together over the last two centuries, no definitive scholarly edition of Smollett's works has ever been published. The Georgia edition, though not a complete collection, includes all of those writings by which Smollett was best known in his own time and by which he is best remembered in ours. Prepared by a distinguished group of scholars, the edition conforms to the highest standards of excellence in historical and textual scholarship. Each volume provides an authoritative text, a substantial historical and critical introduction, and extensive explanatory notes. 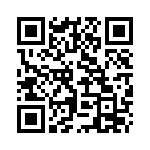