Philosopher, essayist, poet, and novelist, Unamuno was a central figure of the Generation of 1898. His primary concerns were individual destiny, Spain, the nature of human relationships, and renewal of artistic forms. In his major philosophical work, The Tragic Sense of Life (1912), Unamuno struggled with his uncertainty about immortality, for him the ultimate problem, since he believed that if man dies completely then nothing in life has meaning. The only possible solution Unamuno saw was a desperate resignation and struggle for an irrational faith that would permit him to live. Man, then, must conduct himself "passionately well" in order to deserve immortal life. Loving other human beings is the key to living well and the only possibility for salvation: The shoemaker who would mourn the death of a client does a religious work. Reevaluating the figure of Don Quijote, Unamuno saw him as a model for the new man who would save the world, for he acts by faith and love rather than by reason. In The Agony of Christianity (1925), Unamuno described the struggle to believe and the agony involved in the preservation of Christian faith. Many of Unamuno's novels exemplify his philosophic and religious ideas. Mist (1914), dealing with the theme of immortality, is also an important work for its contributions to the theory of the modern novel. Asserting his autonomy as a character, Augusto Perez protests to the author of the work about the decision to have him die. Abel Sanchez (1917), a novel on the Cain and Abel theme, develops the existentialistic theme of "the other," the theory that envy is self-hatred, and that the envied person inevitably participates in the envy. Unamuno's poetry covers the range of his contradictory ideas and emotions, but it is in the poetry, particularly the verses evoking his homeland written during his exile in France. Rejecting modernism and aestheticism, he subordinated form to ideas in his poetry. The dictator Primo de Rivera sent Unamuno into exile on the Canary Islands in 1934, but he soon escaped to Paris where he remained until 1930, when he returned to Spain. In 1936 he was placed under house arrest when he spoke against anti-intellectualism, and he died on the final day of that year. 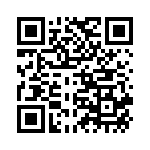