Russell provides a groundbreaking critique of the orthodox position on the nature of New Deal reforms as well as an innovative analysis of the unraveling of those reforms. Russell argues that the success of the New Deal banking reforms in the post-war period initially produced a "pax financus" in which the competitive struggles amongst financial capital were moderated. However, the success of these reforms also produced incentives to undermine the New Deal regulatory framework via a regeneration of competitive struggles among financial capitalists. As these struggles intensified, financial innovations designed to circumvent regulatory restrictions changed the conduct of commercial banking and other financial capitalist activity. As these developments progressed, there has been a resurgence in the diversified financial conglomerates (financial holding companies) reminiscent of those that flourished just prior to the Great Depression. This exceptional work will appeal to historians, economists, and those interested in this vital period of American history. 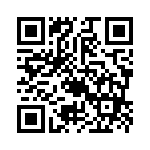