Before relating my thoughts, I would like to preface this by stating that I am not accustomed to reading non-fiction regularly. That being said Gabriel does a good job in relating scientific facts and ... Leer comentario completo

RICHARD A. GABRIEL is a distinguished professor in the Department of History and War Studies at the Royal Military College of Canada and in the Department of Defence Studies at the Canadian Forces College in Toronto. He is a former U.S. Army officer and the author of more than forty books, including Scipio Africanus, Thutmose III, Philip II of Macedonia, Hannibal, and Man and Wound in the Ancient World. He lives in Manchester, New Hampshire. 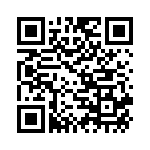