I took a Qigong class at my local YMCA and really enjoyed it. It lit an inner light that yoga did not, so I see qigong as a practice I want to incorporate into my daily life--but I am driven to understand it more.
I am reading this book to learn about the history and background of what today is called Qigong. It's complicated.
Palmer states, this book is an abridged version of his years of research and papers. It focuses on 50 years (1949-1999) in the Peoples Republic of China. Further, Palmer states he will neither discount nor credit his personal experience practicing qigong; he has stepped into the social historian role. Hence, Palmer neither seeks to confirm nor deny the qualities of qi. It goes without saying, this book is not a how-to manual.
Palmer tells a very good story. Communist Party leaders in China pulled from its varied traditions -already a body infused with Indian Buddhism, Imperial Confucian, silo Taosist belief systems, a health practice stripped of religiousity and without social weight, so as not to compete with state authority. The need in China was clear, as this was a time when the ratio of western-trained doctors to populace was 1:26K. Moreover. there was no available capital to build infrastructure for western medicine. It worked!
It worked, but the Mao's Cultural Revolution, merely a handful of years later, tore down the state structures built to contain and control qigong, then naming the Party leaders, who formulated qigong, as elitists and sent them for re-education or to prison. Qigong, now freed from institutional control and distributed more broadly, did not die. Individual practitioners kept qigong alive.
Collectively, people kept the qigong circulating, and yet, one women, Gui Lin, gave qigong the egalitarian heart recognized in qigong today. She practiced openly in parks and other public places in Beijing, at a time qigong was no longer state-approved. This became a model of practice as commonplace as individual practice.
Needlesstosay, I am learning a subtle story of Chinese history too. Contrary to common references, I see China as a young country. One result of having a top-down structure is that evolution of ideologies, that the western world took decades and centuries to integrate, happened and continues to happen as waves of change with intervals of less than a decade!
Outside this text, my previous knowledge of rural population relocation to urban areas, for hydropower and other state investments, as well as, the replacement of the Confucian family-elder-emperor-divine model with the often walled farm or industrial collectives up to Politburo have both cut purposefully the people from their cultural roots. Thusly, even though there are ancient proto-qigong traditions, the Cultural Revolution and The Great Leap Forward made these traditions barren. Hence, proto-qigong traditions lacked the progeny to carry forward unbroken and as a whole.
I am stretching it to infer, that the appeal of cartoonish neon memes in age groups older than middle-school belies youthfulness and immaturity. I note also, the popularity of Hello Kitty in the USA among adults and young adults, which leads me to question whether it is the result of juvenilization our youth, through helicopter protocols as well as limitations on freedoms allowed our children and teens in the past. Now I am digressing too far.
So back to the book, where the premise Palmer makes is that the state (and I ponder--any state) is no match against the collective will of People. In post-Cultural Revolution China, it was the People who made qigong into what they needed. The state said "health." The People concurred, but also deemed "spirit" was needed.
In the end, it seems that proto-qi traditions have flown from the fires like a phoenix. We can bemoan what might have lost, but we should celebrate what has been gained--not in the least is the emergence of qigong into public sector for discourse, exploration, practice, and sharing.
The story of qigong sometimes resembles a

David A. Palmer is Associate Professor in the Department of Sociology and the Institute for the Humanities and Social Sciences at the University of Hong Kong. He obtained his Ph.D. at the Ecole Pratique des Hautes Etudes (Sorbonne, Paris) and was the Eileen Barker Fellow in Religion and Contemporary Society at the London School of Economics. 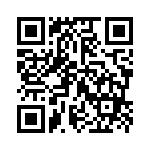