This book grabbed my attention from page one...and now I find myself putting post-it note reminders of different points up around my house. It's given me a new appreciation for the people in my life ... Leer comentario completo

Wow.....what a wonderful book to put together a concise and logical viewpoint of how to develop intimacy with another. Intimacy is really a process, of growing (in a process) of revealing oneself over ... Leer comentario completo

Matthew Kelly was born in Sydney, Australia in 1973. He is married and has three children. He is the author of numerous books, including Perfectly Yourself, The Rhythm of Life, The Seven Levels of Intimacy, The Dream Manager and Rediscovering Jesus. His books have appeared on multiple bestseller lists, including those of The New York Times, USA Today, and The Wall Street Journal. He is also a motivational speaker. For more than a decade Kelly has been traveling the globe, and more than three million people in fifty countries have attended his seminars. Kelly is the founder of The Matthew Kelly Foundation, whose major charitable work is to help young people discover their mission in life. Kelly is also the president of Floyd Consulting, a Chicago-based consulting company that helps corporations become the-best-version-of-themselves. 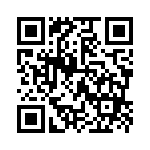