True story of the Catholic Inquisition in Italy in 1858 taking a 6 yr old boy from his Jewish family because the illiterate maid had secretly baptised him when he was sick! Stunning story told in great detail. Read Feb 2007 Leer comentario completo

David I. Kertzer was born in 1948 in New York City. The recipient of a Guggenheim Fellowship in 1986, he has twice been awarded, in 1985 and 1990, the Marraro Prize from the Society for Italian Historical Studies for the best work on Italian history. He is currently Paul Dupee, Jr. University Professor of Social Science and a professor of anthropology and history at Brown University. He and his family live in Providence. 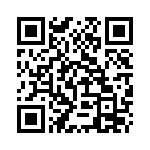