The wizards of Langley: inside the CIA's Directorate of Science and Technology

The CIA's Directorate of Science and Technology developed powerful tools such as the U-2 and reconnaissance satellites for collecting intelligence as well as more mundane items like small but long ... Читать весь отзыв

Review: The Wizards Of Langley: Inside The Cia's Directorate Of Science And Technology

Gets in depth on a lot of the weird-tech stuff the CIA has gotten up to. Both useful and not (like microphone cats!) Читать весь отзыв

Jeffrey T. Richelson received his PhD in political science from the University of Rochester in 1975 and has taught at The University of Texas at Austin and American University, Washington, DC. A senior fellow at the National Security Archive in Washington, DC, Richelson has authored numerous works on intelligence, spying, and weapons of mass destruction, including The Wizards of Langley: Inside the CIA's Directorate of Science and Technology, America's Space Sentinels: the History of DSP and SBIRS Satellite Systems, and Spying on the Bomb: American Nuclear Intelligence from Nazi Germany to Iran and North Korea. 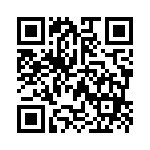